Sadek Mohammed (poet, translator, essayist and academic). He is the author of the collection of poetry Archeology of Scorched Cities (2013), the co-editor of Flowers of Flame: Unheard Voices of Iraq (2008) which was awarded the IPPY/Independent Publisher Book Award, (2009) in the USA and Ishtar’s Songs: Iraqi Poetry since the 1970s (2011). He has translated Maya Angelou, W. B. Yeats, Arthur Rimbaud, Sergey Yesenin, Osip Mandelstam, Charles Bukowski, Elena Urlova and Mohamed Achmedov into Arabic and more than seventy Iraqi and Arab poets into English. His work has been published in Gilgamesh, Atlanta Review, Granta, Meridian 91, the Normal School and BANR Best American Nonrequired Reading among various other publications. A lecturer and Professor at a number of universities and institutions since 1992, Mohammed is, currently, the director of Baghdad city of Literature and a professor of modern poetry in the University of Mustansiriya in Baghdad. 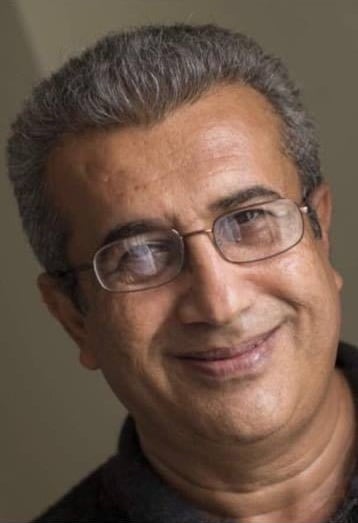 The Fight Against Humbaba: On Publishing in Baghdad After 2003

I will go in front of you and your mouth can cry out: “Go on closer, do not be afraid. Should I fall, I will have established my fame. They will say, it was Gilgamesh who locked in battle with Humbaba the Terrible.” – The Epic of Gilgamesh, Tablet 2

The sudden shift from a centralized socialist economy to a decentralized, free-market economy that came about after the events of 2003 left their mark on publishing and publishers in Baghdad forever. The city that used to be widely acknowledged as one of Iraq’s and, indeed, the whole Arab world’s principal hub of cultural activity and literary output, has finally succumbed to the disciples of Adam Smith, Thomas Malthus and David Ricardo. Writing has become commodified and creativity has fallen prey to the laws of supply and demand. The laissez faire spirit that became prevalent among writers and intellectuals in the beginning led them to believe that any state intervention regarding cultural policies will harm both creativity and freedom. The result was the rise of a new publishing private industry that cared more for its self-interest and less for creativity. Hence, it inundated the market first with anything and everything banned under dictatorship. These mainly included history books and religious books. Then this was followed by what I normally describe as the “trivialization and garbagisation stage” of publishing thousands of the so called Guides to Learn Stuff in Five Days, cookbooks, books of prophecy, astrologers’ books and sex and scandal books. The scene was nightmarish in any cultural sense of the word. I remember when in 2005 I contacted a private publisher to publish my translation of Maya Angelou; he gave me a look that made me feel that I dared to mention an obscenity in his “holy highness’s” presence. Then, he giggled and arrogantly said “no, no, no… we do not publish poetry.” I was forced to swallow my pride, of course, and silently go to al-Mamoon House for Publishing and Translation, a cultural department affiliated with the federal Ministry of Culture. They referred my book to their fierce committee of referees who, luckily, approved the book immediately. Still the book was not published because the new general manager of the House refused to publish poetry too. Eventually, I was able to publish the book three years after, in 2008, but in Damascus, not in Baghdad. It was a period of lost opportunities, bad management, and lack of planning, high book prices and the squandering of resources. The genie of greed had come out of the bottle and it was very difficult to force him inside again.

The cultural authorities of the city, writers, intellectuals, academics and the civil society felt that direct intervention was very necessary to curtail the utilitarian, whimsical, greedy forces of the market. The old state cultural apparatuses, which were completely in shambles, were resurrected to bring balance and guarantee a minimal share of true culture and cultural development. Now all these apparatuses were originally, and, still are, affiliated with the Ministry of Culture and they include publishing houses, presses, departments of translation and culture, departments of music, folkloric crafts, folkloric dance and ballet, departments of cinema and theatre, departments of cultural relations and departments of plastic arts. This looks like a well-equipped cultural arsenal when looking from the outside. Unfortunately, however, this could only effect change, but no true development. These apparatuses brought with them, although in a covert manner, all the diseases of the old state: incompetent management, lack of planning, corruption, high cost of publications, poor payments, malinvestment, and, worse of all, stupid censorship. In the modern state of Iraq freedom of expression is a basic right guaranteed by the new state constitution. Yet, the clerks of the old state, who ran the old apparatuses, insisted on playing their old game of being more royalist than the King and more Catholic than the Pope. The self-appointed censor at the Department of Cultural Affairs refused to publish a novel by the Iraqi novelist, Mohammed Sa’adoon al-Sibahi, because it was unfairly deemed as “inappropriate”, since it “provokes certain societal sensitivities”, in their view. In fact, the novel only partly criticizes the situation in some Iraqi universities after 2003. Another novel by Salam Ibrahim was also rejected because of its “erotic nature”. Fortunately, this type of reminiscent censorship did not represent a general trend. It died away when the manager who invented it was kicked out of office. Furthermore, the price list of al-Mamoon House for Publishing and Translation was poorly paying translators. Their price list indicates that they paid a translator ID4 per word. In other words, they paid ID4000 per thousand words or almost $3.38 per thousand words, which is very much below the international standard. In 1990, the fees for translations ranged between $40 and $90 per thousand words in the USA, if one needs to get a sense of comparison. Personally, I received ID106000 (approximately $90) from al-Ma’moon House for my anthology of contemporary Iraqi poetry entitled Ishtar’s Songs, which I co-edited and co-translated with my fellow poet and translator, Soheil Najm. The anthology was made of no less than 350 pages.

The greatest achievement of this period was the honeymoon it enjoyed when Baghdad was chosen to be the Capital of Arab Culture in 2013. Hundreds of literary events were organized and thousands of books were published. Ironically, the clerks of the old state apparatuses showed their incompetence once more. To give the impression that they were not the children of the old socialist cultural regime, they entrusted the dragons of the private publishing industry in the city with the duty of publishing a considerable percentage of thousands of books they published that year. The result showed no match for those dragons. The quality of the books produced by the private industry was much better in terms of design, quality and content. The fig leaf has already fallen.

The Baghdadi literary circles felt a dire need to get loose from the grip of the greedy private publishing industry and the mismanagement and the often incompetence of the public cultural sector. A reorientation of the cultural industry in the city was deemed vital. Cultural creativity was seen this time not as luxury but as both driver and enabler of sustainable development in the city. A serious review of the cultural assets of the city was meticulously made and a new vision was devised to reorient the entire cultural activities, publishing industry included, towards new goals in the city. Hence, the city decided to join UNESCO’s creative cities network. It was felt that without international cooperation and coordination in mutual partnerships and joint ventures, the city would be trapped in a vicious circle. The first bid was made in 2014, but could not garner enough support from some designated European cities. In 2015, the city made its second bid and was successful in submitting its application dossier on time after meeting all the UNESCO requirements. According to the new vision no single sector will be able to monopolize the publishing industry anymore, as a new partner will be added to complement the work of the public and the private sectors. The non-governmental organizations were invited to be active and competitive in the publishing industry. The fruition of this new vision, however, will not be seen before the 15th of December, 2015, when the result of the designation process will be announced by UNESCO.