Karen Villeda has published two children’s books, Pelambres (Pearson, 2016), Cuadrado de Cabeza (Edebé, 2015), one book of essays, Tres (Cuadrivio, 2016), and four collections of poetry: Dodo (Conaculta, 2013), Constantinopla (Posdata Ediciones, 2013), Babia (UNAM, 2011) and Tesauro (Conaculta, 2010). She participated in the International Writing Program at the University of Iowa in 2015. Villeda has won, among other literary awards, the Youth Prize of Mexico City 2014, the Fine Arts Prize for Children’s Fiction, the “Elías Nandino” National Award of Youth Poetry in 2013, the First Prize of  Poetry “Punto de Partida” of the National Autonomous University of Mexico (UNAM) in 2008 and the IV National Award of Poetry for Children “Narciso Mendoza” in 2005. On her web page POETronicA (www.poetronica.net), Villeda explores poetry and multimedia. Her poems have been translated into Arabic, French, English and Portuguese. She has also published her poems in Argentina, Brazil, Colombia, Spain, United States, Guatemala and Venezuela. She has translated John Keats’ Lamia into Spanish. 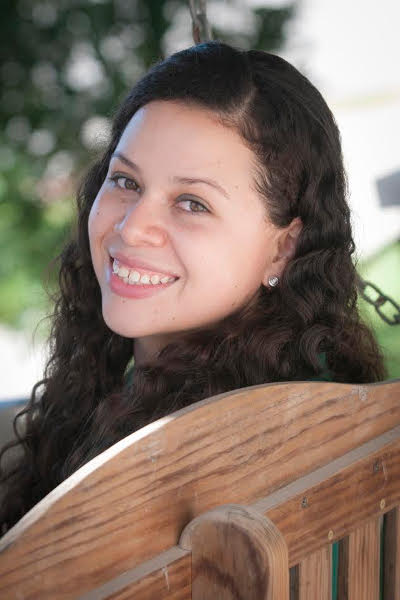 Seven sailors with their tongues out. The castle staged with tulip garlands. Fourteen arms fighting for the
crow’s nest. A crab-sized foremast. A bell and the extension of the helm. A helm without a helmsman, so
much bleeding gum. “A Flemish galleon that they baptized Gelderland.”

Countless masts, seven topmasts, fourteen topgallant masts. Forty-nine bundles against the cold. Flies by the
dozen. A cat’s paw scratching at the anchor. A compass needle and a handkerchief. One red-crested
cockatoo: an embodied farewell. 1598. Seven smocks.

Fistfuls of salt. Only one pinnace, its body a waning moon. Piles of splinters and a spyglass. Seven sailors
with their tongues out. Fourteen canons hold them in sight. Salt, salt without forty-nine sacks. The bottom of
a hull and one cask of sweet water, the jealous sea.

He—one of us—will become the man. On our return, he will be called the Admiral. The wind swells. We
tighten the rigging. Flies for the flies. Seven rickety barrels. Fourteen rival arms and salt without forty-nine
traditional sacks. Seven arquebuses, one blast and one casket. He will peck our nipples if we call to him.

We spy an island. We hold it between thumb and finger. The scenery, a single fly. North Sea legends split
open the Gelderland’s ribs. Seven sailors nibble themselves. Seven swollen tongues and fourteen rival arms.
Seven heads hanging onto one wave. One of us is hurling the harpoon.

The stern’s mirror reflects seven smocks. Everyone looks over his shoulder. Fourteen hunched backs hoist
sails, the slippery hull. Except one, everyone dreams of whaling. A wave breaks, spits on the dreamers. Six
heads loll and one steady man. We tighten the rigging.

II. THE ISLAND OF MAURITIUS

Six sailors tread on their clever heels. “He was the only one barefoot on the Gelderland.” Six sailors wish to
sever his ankles. One blunt pocketknife. Mauritius jigs with the Admiral, rough hands gripping wide hips.
Steatopygia of sand. Rough hands, mourning. The Admiral never slips.

Saracen flour. Fistfuls of salt. So much salt without the forty-nine sacks. Piles of splinters, one pinnace
pulled ashore. Rough hands muffle Mauritius’ mouth. No rain. We can stay stranded here. We pray with
more faith now than ever. The Admiral urinates. Teeth tumble to his feet.

Forty-nine sacks the six sailors loaded. Bone sawdust. The Admiral can fly away with his calf muscle. The
six whisper, “muiterij, muiterij, muiterij.” Seven arquebuses, one blast and one casket. Seven blasts and
Mauritius for the Admiral.

“Close your eyes Mauritius” the sea decrees. The Admiral paints his lips with blood. Six sailors dream of
sodomizing a pregnant woman. Fireflies, our sail. Burnt straw beautifies my love-sick lover. “The devil got
into him, my son.” A casket for the Admiral and his ilk.

Fourteen rival arms awaken without the sacks. Forty-nine sacks retaliating with the wind. The Admiral
draws a map all the way to the edge. Oral cartography: Mauritius builds itself out of parchment. Dandelions
ward off seven sneezes. The Admiral challenges them. “The last one there is an ass licker.”

The rocks on the beach look like phocids. The heat bends us back. Our knees collapse. We pair up and I stay
with the Redhead. We walk accompanying the Admiral’s breathing. Six sailors. Faces of pears and flies.
Seven memories forgetting one spy glass, the seasickness. We see through the corner of the Admiral’s eye:
one giant pigeon scurries away.

Seven tongues, fourteen arms violating Mauritius. Pairs minus pairs of thick lips. They name him the
Mongol because of his mouth. One fine line. He does not speak. He only agrees or refuses us. The Mongol
lets his eyelids fall. His face is stamped with only this: the horizon. Mauritius breaks apart.

We hear the Mongol’s growls. He wakes us. The isthmus of the maws. We pray with more faith now than
ever. The Mongol barks. The Admiral licks his face with delight. Fireflies, some star fallen out of grace. The
musty Gelderland without fourteen arms, the flies.

The sun stares at us nonstop. Seven peeled backs. Seven arquebuses outweighing the anchor. We are so
spent we take a siesta. The Mongol sleeps in the sun, without browning. Fourteen thumbs, seven dicks stuck
in Mauritius. One demographic truth.

The Mongol has curled into a ball more ferocious than the angry sea. Hands on the back of the Mongol’s
neck. He does not flinch. Six sailors beckoned by a breaker. One wave making a mockery. Twelve ankles
will run all over tomorrow. One, one fine line for the Admiral.

Breath through the teeth of the dandelions, scorched grass. Pairs and pairs of lips forgetting names. The
Mongol babbles a lullaby, “Pra lapra pran lapra lapra pra pran.” A percussion, the same old one. Mauritius
regreens. Twelve nipples for the Admiral, white sequins.

We chew sugarcane like tobacco. Whales’ daydreams. Six heads clinging to the sea. We chew and we chew.
Six frauds delude themselves with a harpoon. An iced deck. The arrogant jaw of the Mongol, strong.

The Admiral plucks the route to follow. The Mongol grimaces. We applaud. Six arquebuses, drawn. The
Mongol sighs and the Redhead flirts. I remain alone, strange thing to miss his warm fingers. The Mongol
takes one step back. There is an intruder’s footprint, shattered glass in the sand.