Tomás Cohen is a Chilean writer, translator and painter. In 2003, he received a grant offered by the Pablo Neruda Foundation. He studied Musicology and Fine Arts at the Pontifical Universidad Católica de Chile, was an exchange student in Art History at New York University and an intern at Christie’s Department of Postwar and Contemporary Art, NYC. Since then, he has published poetry and exhibited visual art. After living for two years in Nepal, he is currently based in Germany, where he studies Buddhist Philosophy and Classical Tibetan at Universität Hamburg. He took part in readings in New York, Santiago de Chile, Berlin, Hamburg, Leipzig, Helsinki etc. As a member of the Found in Translation Autorenkollektiv, he organizes the Hafen Lesung International reading series in Hamburg. His book Redoble del ronroneo was published in 2016 by Buenos Aires Poetry. 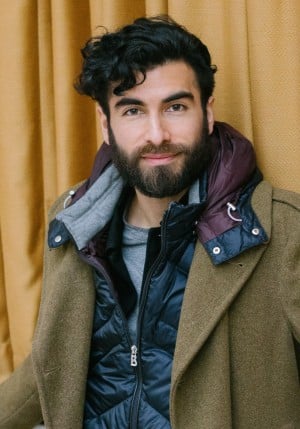 A sense of perplexity. A passion for freedom

You work with different media: from the visual to poetry. Have you tried to mix them both and create visual poetry? Do they have independent lives? Have you started writing when image was not enough to express yourself and viceversa?

I actually started from a mix of writing and drawing – I did comics and only later on did I come to conceive them separately. Nowadays, besides some eventual work as illustrator, I have not explicitly mixed the visual and verbal image again. Nevertheless, even if it may not be explicitly reflected in the final version of a poem or book, the manuscript stages of my writing are densely visual. As an example, take a look at these photos with the manuscripts of my recently published “Redoble del ronroneo” (Buenos Aires Poetry, 2016), in particular, the more than two-meter long manuscript of the “extremaunciones” section, visible beside a desk. Handwritten, an online anthology of contemporary manuscripts, featured some photos of my writing process as well. 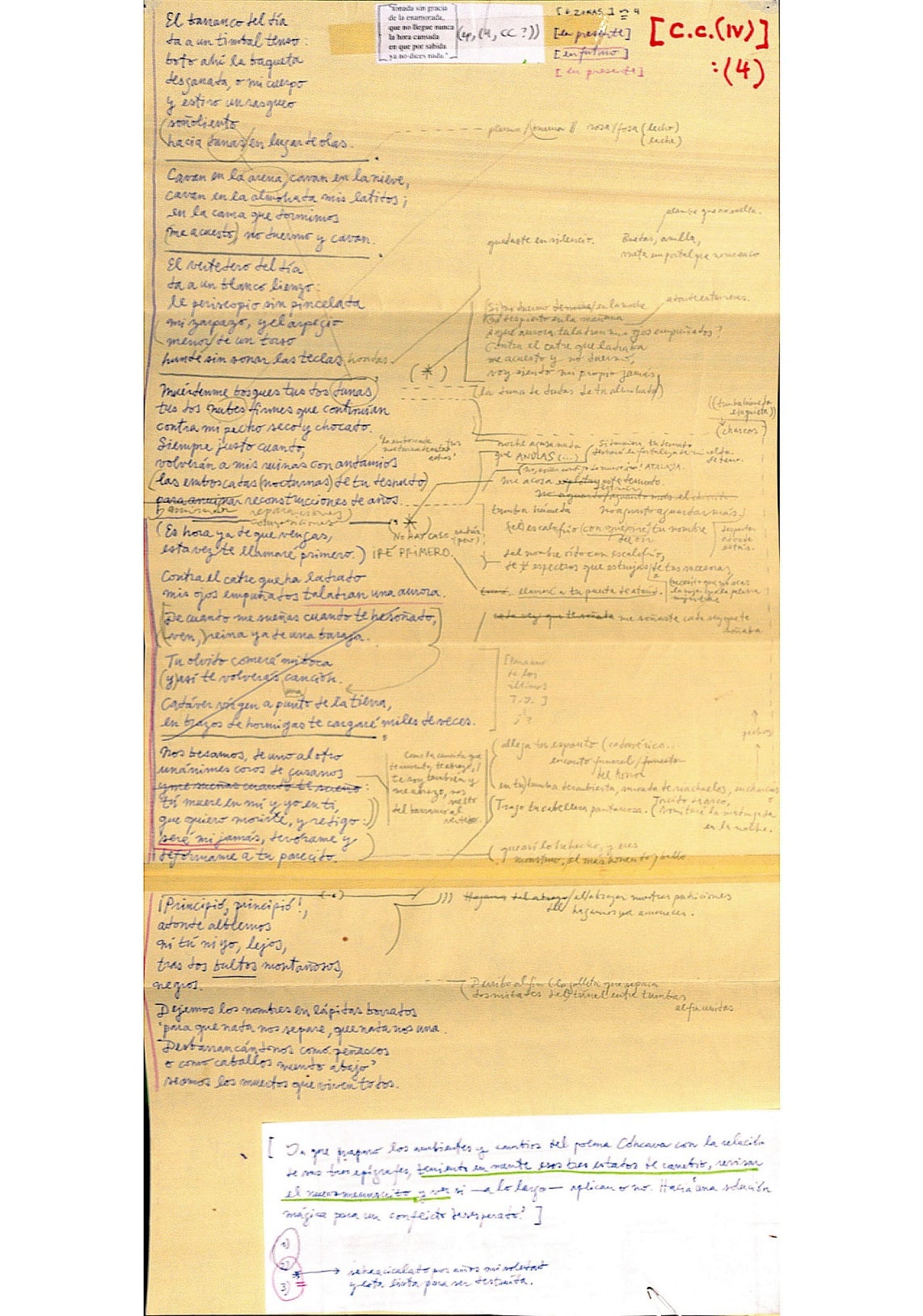 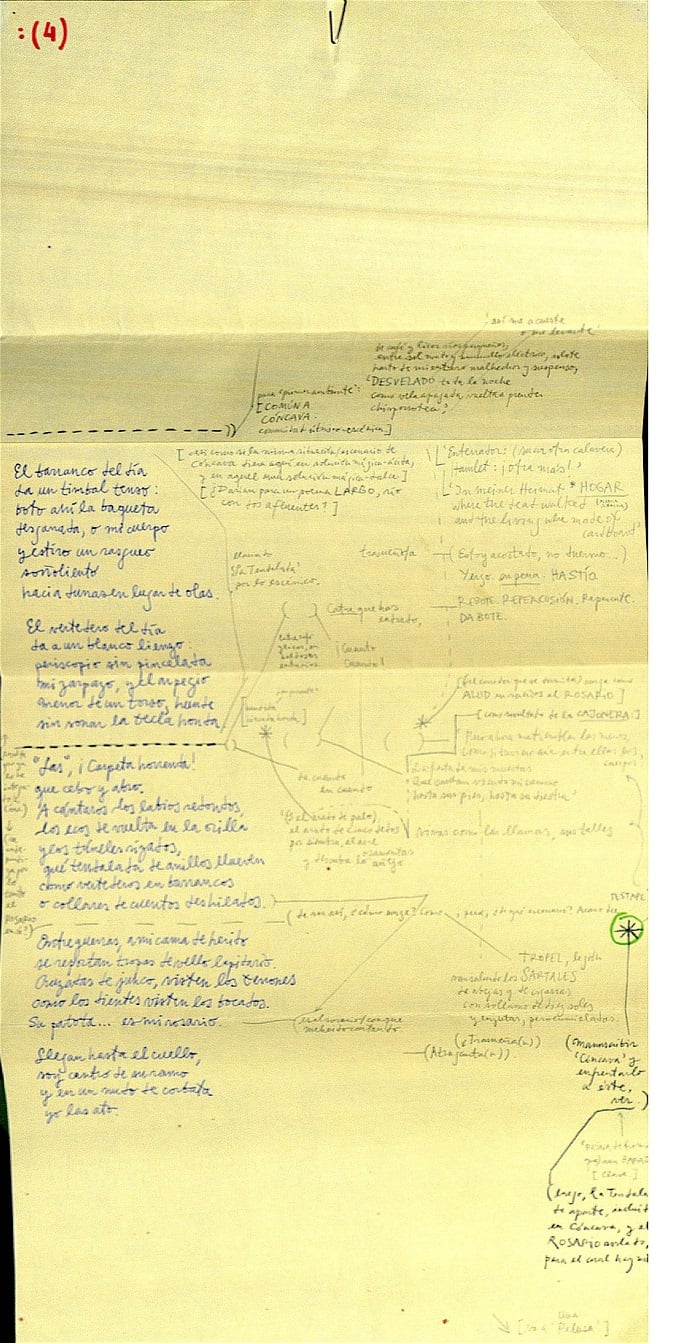 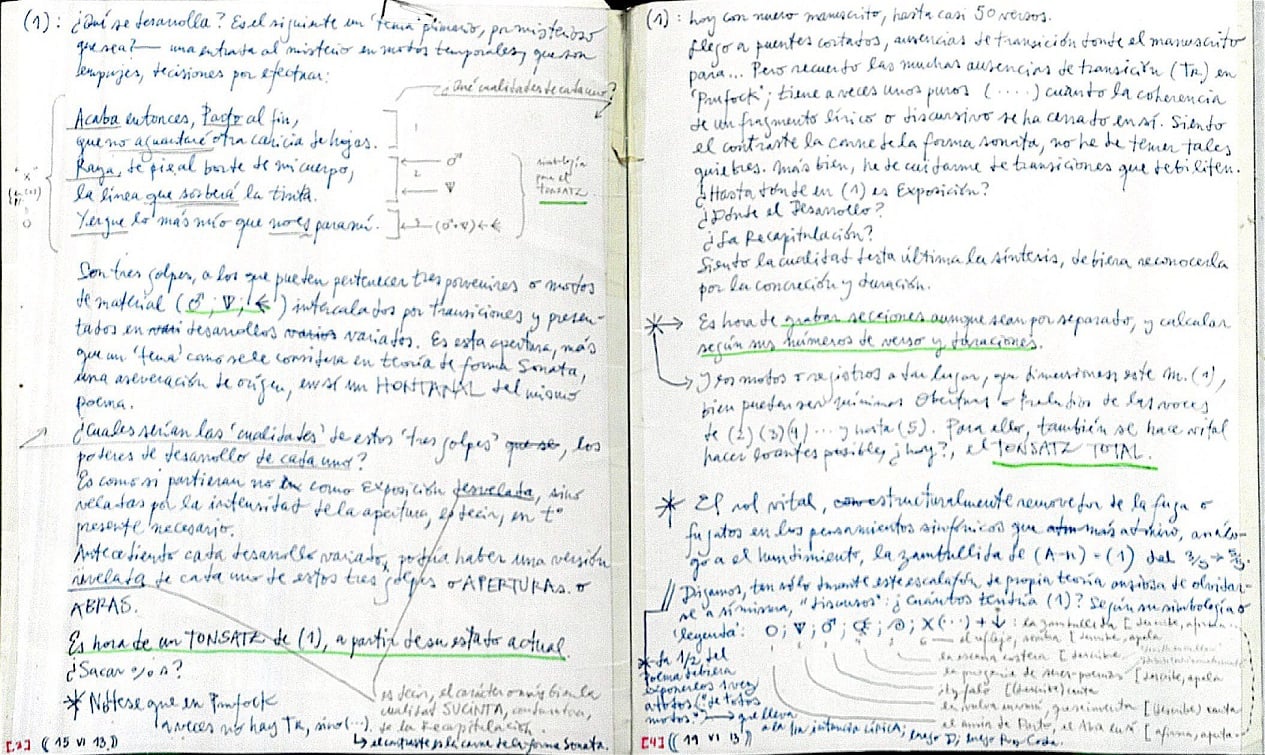 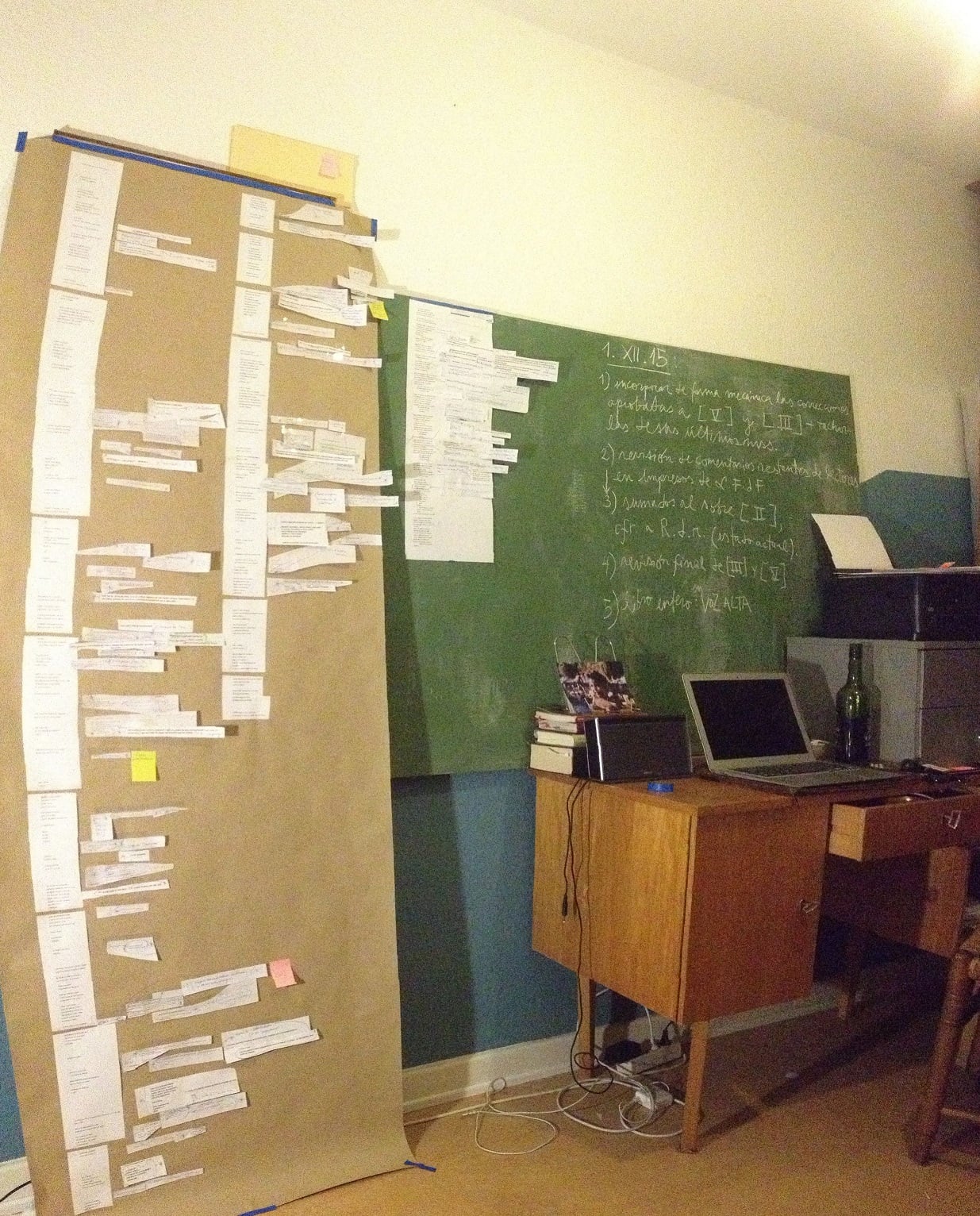 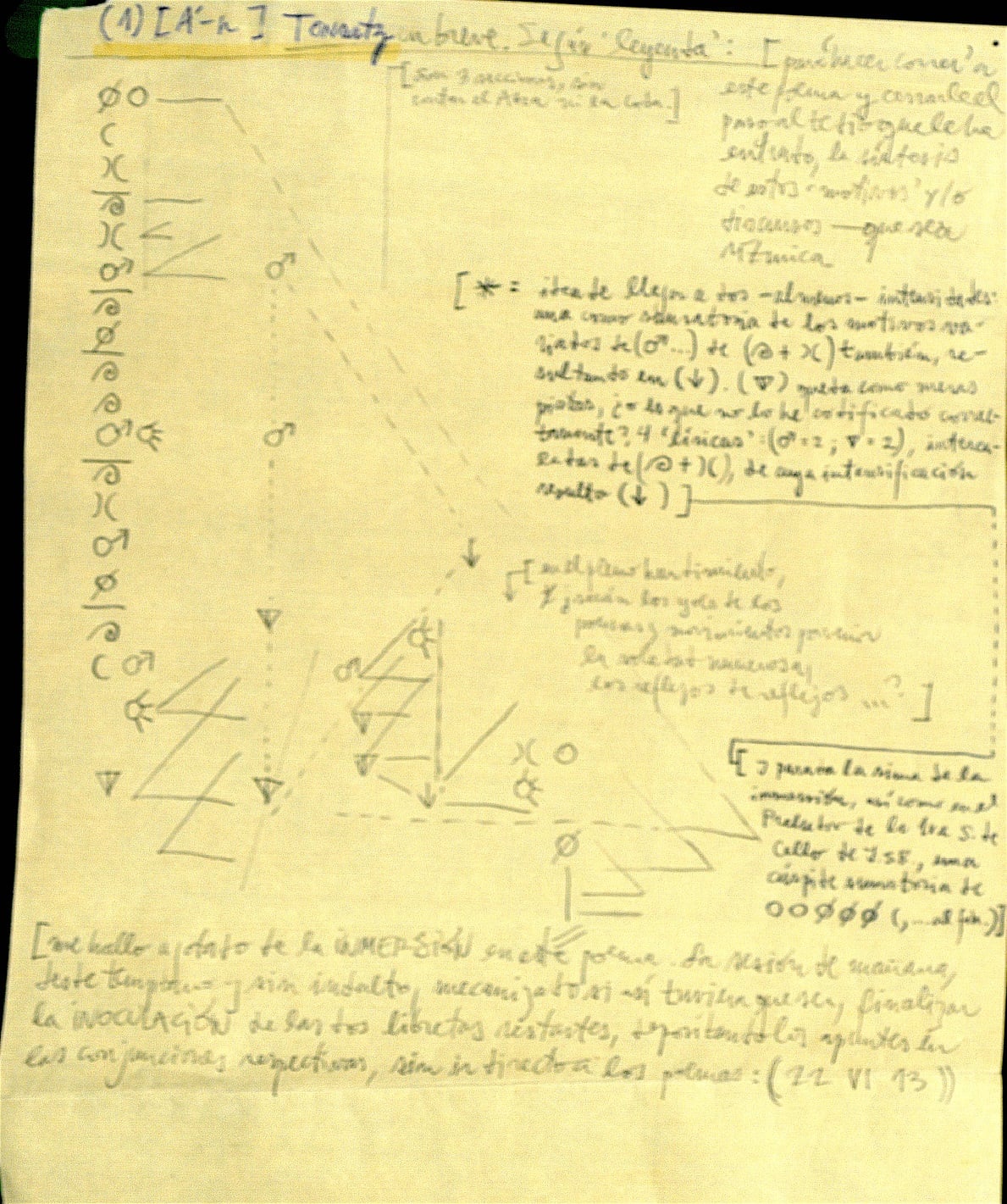 What is the impact of music upon your writing?

The greatest: one that is less conscious, that reaches the farthest into the inconceivable. For me, this impact comes first and foremost from classical music: for ideals of form and for models of poetical intensity, its place in my creative life is unparalleled. Bruckner’s late symphonies modelled my sense of time and patience and made me able to comprehend long-length architectures; then Sibelius’ late symphonies took that to further mysteries. I am constantly listening to solo instrument and chamber ensemble works of Beethoven, Bartók, Messiaen and Kurtág, which structure the air where from I “pick down” verses, so to speak. My second book (of which some poems have been published in German in magazines such as Edit and others) actually includes an homage to Bartók, titled “Ex-Voto”.

What aspects would you like to develop in your poetry?

A sense of perplexity. A passion for freedom. A will for infinite discovery. A celebration of pioneers and of their legacy, which preserves play. I aspire to expose the multiplicity of personal life, the fictional status of being an individual, as well as the communion with the multiple (seemingly) outer lives one encounters – to take them in as a chance for losing one’s borders and limitations.

What elements you wouldn’t accept in your poetry?

The dismissal of the existence of other beings and the immensities of their suffering. The refusal to take in refusals. The flatness of the political pamphlet. A solved identity. An exploration without pleasure.

Together with Lubi Barre (Somalia/USA), Hugh James (New Zealand), Jonis Hartmann (Germany), Nefeli Kavouras (Greece/Germany)  you integrate Found in Translation, a Hamburg-based collective of writers. Through it, you organize the Hafen Lesung International reading series. How open is the poetry scene in Germany for initiatives coming from young and foreign writers?

If you are writing in a language other than the dominant of your place of residence, and you want a stage for it, there will doubtlessly be a struggle; you will have to generate translation and you will demand more negative capability from your potential audience. I can imagine that in smaller German cities this might imply greater friction – and thus, obstacles – but in Hamburg (a city that, together with Berlin, is one of Germany’s most cosmopolitan ones) – our initiative has been welcome. Our Hafen Lesung has quickly become one of the most important reading series in northern Germany, and has a stable full house of around 150 people of mixed cultures and generations. We have recently been granted financial support by the municipality of Altona as well and our collective is overjoyed with this increasing success, which enables us to inject more dynamism into the local literary scene. Housed by Golem, one of Hamburg’s best clubs, and in collaboration with the GARDEN food collective, which provides vegan delicatessen for each event, The Hafen Lesung keeps getting bigger, finer and more international.

How do you select the writers for Hafen Lesung International reading series? Does this event have continuity? Does it create connections with the literary scene from all over the globe?

The Hafen Lesung brings together authors of both poetry and prose, and reunites both well-known authors and writers yet to be discovered. We strive to give resonance to at least four languages in each of our readings – while always providing translation into German, commissioning it if necessary –, wishing in this way to incorporate Hamburg’s aura as a relevant port and place of confluence of many cultures and tongues. We are constantly on the look for potential guest authors writing in languages we have not featured before. Also, the Hafen Lesung aims not only to offer a literary stage for a variety of languages, but also for varied points of view on reality as, for example, incarnated by sexual identities. Thus, we increasingly look forward to include LGBT writers, whose representation is, to our opinion, still scarce in Hamburg. Exercising such openness is one of the advantages of being a young and independent reading series, albeit successful and acclaimed in our region, as recognized by the Unabhängige Lesereihen association. We are, indeed, networking with sister collectives abroad; specifically in Finland, Russia and, clearly, România. This interview is certainly a sign of the growing international exchange our collective and reading series is cultivating – for which we are thankful and extremely happy.