The poems were translated by Florin Buzdugan, who, to keep it short and simple, says that he is both an aspiring poet and translator, and also that he hopes to, one day, finish his PhD thesis. He is currently coordinating the Saturday Translations project (traducerile de sâmbătă), at https://traduceriledesambata.wordpress.com.
He has translated for post/h/um journal two essays, has written two essays which have been published, and has translated for two past Poesis International issues. 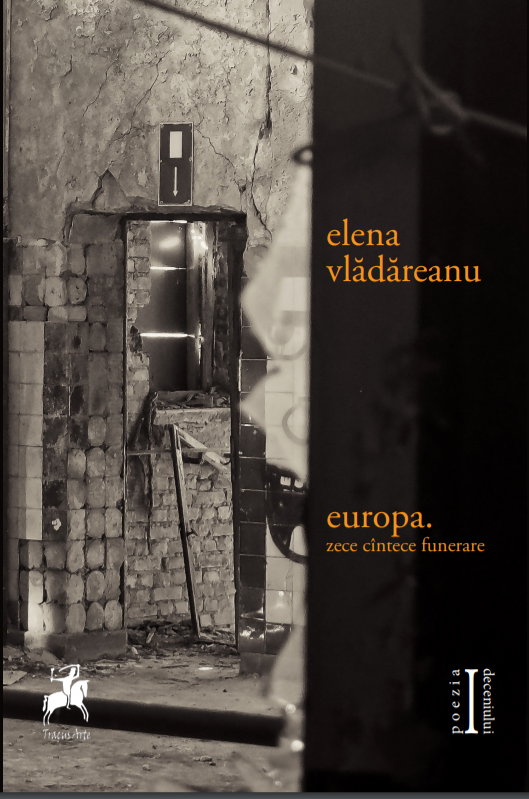 I finally know the wretchedness of the kind people
I know these people with wet and
round hands, ready to caress everyone ………………………………………

there are days when
each of us
can be inconsequent and mischievous
the decision of not dying
of resisting
we have taken it too
the children of corruption
guilty of having been born
amidst two centuries
between a queue at the butcher’s
and one at the egg store
on christmas we were shown
people being butchered live
we grew in the dog’s belly
which during that night
stuffed itself with fresh brain
today we learn that people
in whom we had faith
went willingly
and snitched their friends to the securitate
treason wants to become our role model
it gives us lessons of good behavior:
do not have sex do not do drugs
do not write expletive words
be metaphysical
do not commit suicide
do not kills your parents

your present is alike the danube
your future alike the rhine
two outstretched arms
two twin arms
one blackened by all the track marks
the other one with the skin torn to pieces
the aridity of the beginning of the century
when not even the grass isn’t what it used to be
it doesn’t grow anymore
on the bottom of blood puddles
or in the place where teeth
and ribs and craniums were smashed
here is my romania:
its future began
once with the last
great deaths of her
………………………………………………………………

the shampoos I keep taking
from your hotel bathrooms europe
they all have the same scent
like the eau de cologne mărgăritar
bought from tobacco shops
don’t you understand that things aren’t that different
there where
you will never get to?

my wealth: a few hundred books
a red plastic washbowl
a spent flat iron
a tea set
of brown color
an unmerciful and egotistical soul
an unfrocked skin
a bored god
a desire as a mortal sin

put your hand on it touch it do you feel the wall?
here no one sees us
here we are safe
with us there is a huge thick wall
we could caress one another kiss cut off
our sexes but this already is of no
importance
we knead on with our feet
the adobe made of ox guts we participate
at the erection of our national / zonal history
the day’s bleakness we kick away with the moist of the blood

I searched for you through the ruins
of the city dressed as an afghana
I met the blind children
carrying with them
the cranium of the freshly killed king
fluttering in the spike
why do you want to know more
about this woman
illusions have neither body nor soul
my country? here it was never the land of milk and honey
and it will never be

there is between us two something onerous like a shadow
a clay doll or maybe a gull with its throat cut off
the splinter in the finger that hides in a cocoon of pus
still your ankles can still be seen, onofris

behind me there is a woman dressed
in white and red. behind me there is a woman
with a wig made of raw flesh.
she has a flower’s name. she puts
her hands on my shoulders licks one of my ears
she forces me to touch her. my hands
search for her breasts she hasn’t gotten any on her chest
mushrooms grow big scented one
she has a big belly she might give birth any moment now

my mother died at birth, onofris
the second world war had begun

she was a girl from cernavodă. one day
I cut one of her arms
and drank all her blood. it was good
it felt well. I am always well with blood

this man will never know that the shadow that falls on his face is my shadow. in fact, he will
never ask himself whose was the cerement shadowing his face on an evening at the end of
October on vitan avenue. for him, I do not exist. at this very moment when he is crossing the
street for him no one else exists. only the steps on the cob stone, this tramline and the silvery
jacket of the boy that just disappeared under the wheels.