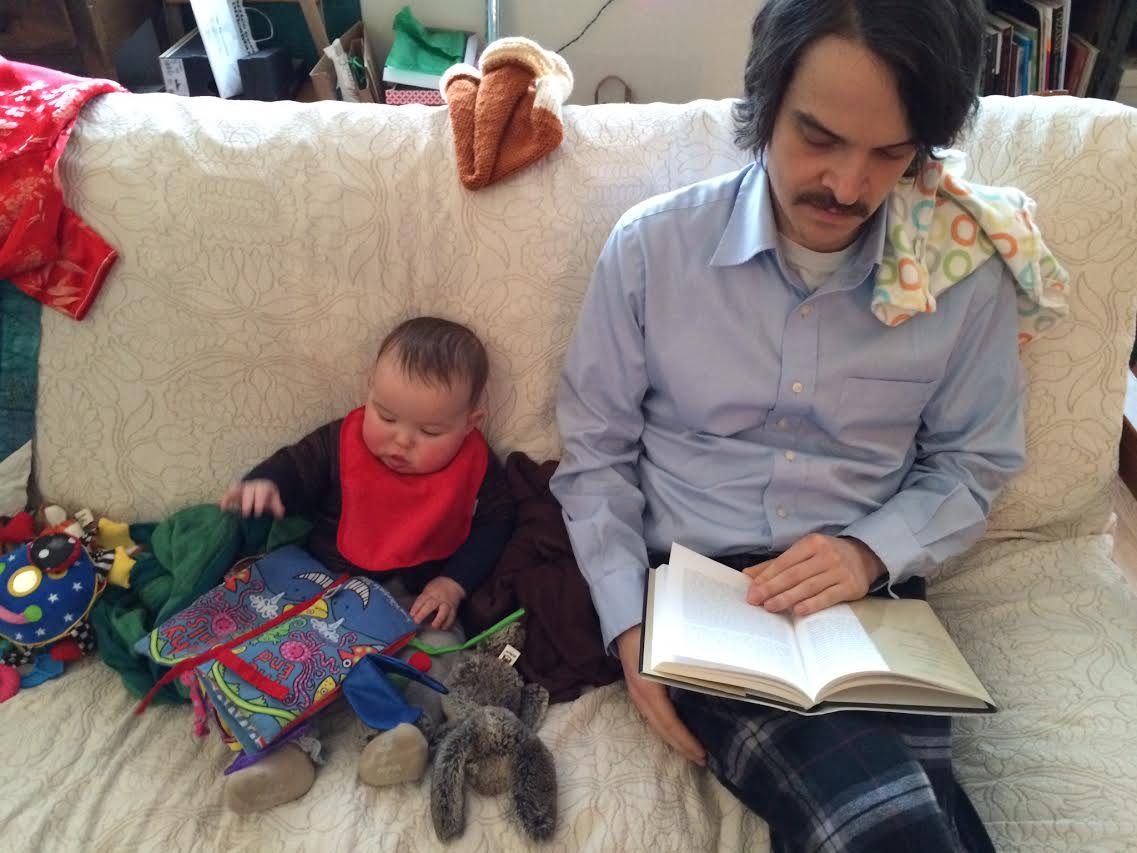 The anarchic and associational torrents

I. I’m dubious of any language, poetic or otherwise, that doesn’t seem like it should be there regardless of whether someone asked for it.

This makes verse difficult, and revision nearly impossible. I guess that’s because my ideal for language is a kind of purity, a resistance to the will to keep it in place, an independence from its context. So a verse form, where an idea is modified to fit particular sonic or metric requirements is repugnant to me. But free verse is no better. The language has to tell me that it wants to be put down, to paper.

So I’m a formalist, but not the kind who knows all of the shapes, like James Merrill. I’m a formalist because I come up with places to put myself—the writer. That may mean working from a particular place—in space and time, i.e. writing during the morning commute. Or I may constrain the composition process by giving myself a vague or set amount of time to do the work. I may even impose a vague shape upon the work, say “this work will be in three movements—this movement will look like this, it will be free and move between paragraphs and verse, while this movement will be a solid block of prose, and the third will be paragraphs of roughly equal size. You have one year to complete, go!!”

The imposition of a general form seems like a double-standard given my pronouncement against metric requirements and the like, but the shape of a paragraph is such a low-intensity determinant. It’s more akin to selecting a canvas, or saying “I’m going to write you a poem,” than it is to say “I’m going to use Alexandrine couplets and it’s going to sound like this.” Or maybe it isn’t. This isn’t Olsonian, open field poetry, or leaving it up to the Martians. This is the middle path. It’s meter for the act.

II. The poem is the only chance for the language to survive. That’s why there’s a poem there, not why the language is there.

I think about bringing two things together… the poetic alchemy of juxtaposition (which is “the only art,” composer Justin Smith once told me). One way to look at juxtaposition is as the reconciling of differences. The middle path between conceptualism and traditional lyricism is using the self as source material. The formal practice that is a ritualized writing, or a writing constrained by space and time, creating a language that always responds to the environment in which it exists. A writing that makes connections from the place of its construction to the place of its exposition.

To balance the anarchic and associational torrents that rise up in the mind, in a Cartesian juxtaposition of the space-and-time-bound body making poems particular to its own rhythms (and this is Olsonian, I guess), drawing their content from the mind-made-self that freely, or rather uncontrollably moves from memory to imagination and everywhere in between.

Being a person or a poet moving about in the world I observe things, and language rises up to describe it. That language, immaterial it may be, soupy, is itself observable. Paying attention to the language that rises up in me seems to cook it. At some point I realize that my attention has moved from the outside world to the inside world. Once this is realized, it is met with a question: should I keep it? The wrong answer to the question is to say yes and try to make it turn beautiful (I’m speaking only for myself, disinterested in making beautiful poems). The right test, if it isn’t obvious, because any poet knows the language at times must go down immediately—but perhaps it is better to hold off. The language at this moment is somehow present with me, unwritten, it’s cooking. I’m still unsure if it belongs in the poem. Time will tell. If I can move on, do something else, perhaps even sleep on it, and the language is still there in the morning, I almost certainly have a poem.

As personal and persnickety as this test is, it affirms the status of mental detritus as poetry. After all, poetry is much older than writing, so the earliest test of poetry must be that it’s memorable.

III. While I have been writing poetry for as long as I can remember, there was a point in my young adulthood when I decided to take poetry seriously (though not the kind of serious that takes poetry to school). I remember telling someone at a bar in my early twenties that the only way I would engage with capitalism was with poetry and noise making (good luck, poet!). I think my picture of what it means to make poetry is always going to be shaped, or stained, by the people I was reading when I first came to that decision.

I was reading a lot of writing about poetry, particularly by the Language poets, and a a particularly poor misreading by me of something Charles Bernstein said led me to come to the conclusion that a poem needed to be something more than just a poem. A poem needed to be something else. It’s a meaningless proposition. I can’t make any sense of it, but I know that idea, for all its emptiness, is a foundation to my poetry. At the time, I associated it with proving something about form, the visible or invisible shape of the poem.

It meant that I had to say something about it other than “this is a poem.” It meant that there was something a poem was “about” that was not derived from the meanings of the words in the poem. In fact, I don’t think I realized it then but the idea of form being an expression of content (so important to Olson and Creeley) did not really apply- form was a free agent, juxtaposed against the content of the language, which was constrained by its meaning.

What this means is that there is always something on my mind other than the language itself, and conventional ideas of beauty are out the window. The poetry will always have to answer some questions. They are:

Where does the language come from?

How does the location of my body in space and time relate to the language rising up in the grey matter?

How long do I leave the door open to the language that’s writing this poem?

Should something outside my body make decisions regarding the poem’s shape or content?

If the mind is as free as it seems to be, how can one poem relate to another?