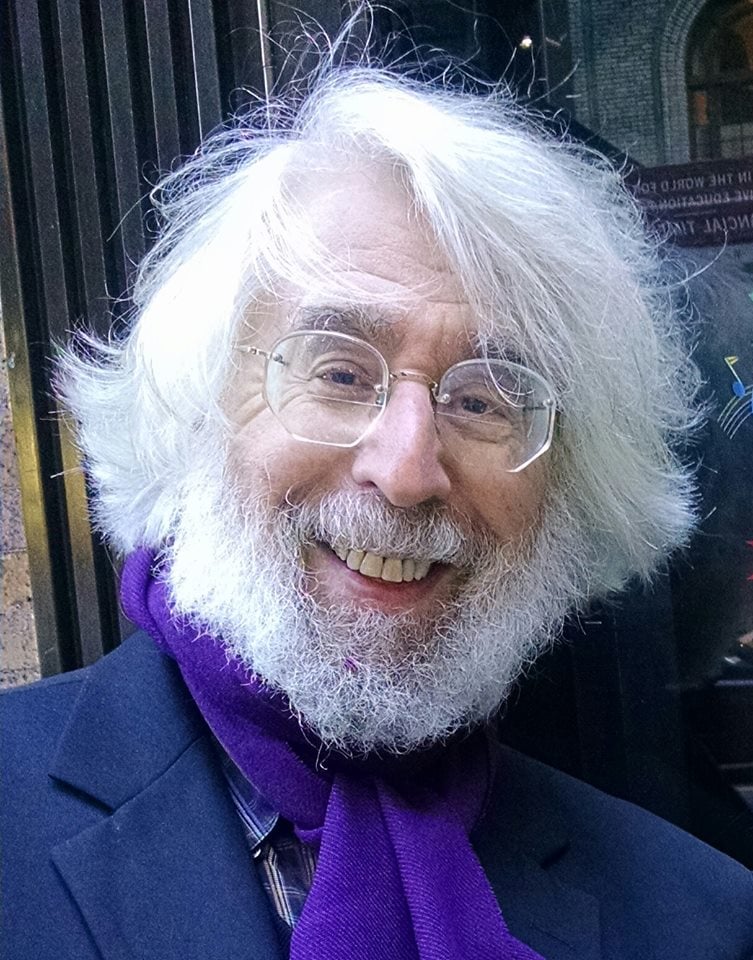 Lloyd Schwartz is the Frederick S. Troy Professor of English and teaches in the MFA program at the University of Massachusetts Boston. He’s a Pulitzer Prize-winning critic and a leading international authority on the American poet Elizabeth Bishop. His poems have been selected for the Pushcart Prize, The Best American Poetry, and The Best of the Best American Poetry. His latest poetry collection is Little Kisses (University of Chicago Press, 2017).

“They were overjoyed when the first plane hit the building, so I said to them: be patient.”

“Look, Teacher, the birds are on fire.”

“When people see a strong horse and a weak horse, by nature, they will like the strong horse.”

“It was raining bodies.”

“Watching TV—it’s like watching pornography; watching ourselves getting fucked by those
planes, over and over. And we can’t stop, we can’t get enough of it.”

“All they knew was that they have a martyrdom operation.”

“I really believe that the pagans, and the abortionists, and the feminists, and the gays and the
lesbians who are actively trying to make that an alternate lifestyle, the ACLU, People for the
American Way—I point the finger in their face and say, ‘You helped this happen.’”

“We should invade their countries, kill their leaders, and convert them to Christianity.”

“In other words, the American flag stands for intimidation, censorship, violence, bigotry,
sexism, homophobia and shoving the constitution through a paper shredder?”

“There are organizations within the United States that have labored unceasingly to strip religious
values from our public square and, in the process, to take away the mantle of divine protection
which our nation has enjoyed ever since the days of its founding. However, in no way has any
guest on my program suggested that anyone other than the Middle East terrorists were
responsible for the tragic events that took place on Tuesday.”

“You’re either with us or against us.”

“He’s so popular now, he could actually be elected!”

“Police were acting on information that Mr. Boulez had once said in the 1960s that opera houses
should be blown up—comments which placed him on a list of possible terrorist suspects.”

“There are times when a paranoid control freak is exactly what the situation requires.”

“It seems inappropriate to perform excerpts from an opera about a terrorist act right now.”

“Men are shaving off their beards; thousands of people are lining up at movie theaters in Kabul.”

“Audiences at the present moment need comfort and solace.”

“Saturday Night Live is one of our great institutions, and that’s why it’s important for you to do your show tonight.”
“Can we be funny?”
“Why start now.”

“George Llanes’s mother unlocked the writer within him with the purchase of a journal during
his adolescence. Now those words are all she has left of her only son.”

“Kathleen Hunt-Casy was a careful friend, who listened and acted on what she heard. If someone
mentioned that they had a baby and needed, say, a picture frame, she would find one.”

“I went mad shopping today, and ninety percent of what I got was for myself.”

“It can’t be said with certainty that Richard Rodriguez was the only Puerto Rican man ever to
parade around in a skirt and enjoy it, but his family is certain that no one could have reveled in
doing so more than he did. A drummer in the Port Authority’s Emerald Society Pipes and
Drums, officer Rodriguez was as proud of being a police officer as he was of his Latin heritage.
And he didn’t mind putting on a kilt and mixing the two. ‘He used to say he was breaking
barriers,’ said his wife Cindy.”

“At the age of 78, Mary Alice Wahlstrom was a ball of fire.”

“Officials estimate that as of Thursday, 4,651 people had died, or were missing and presumed
dead.”

“She never wanted to work there.”

“Who’s going to push me on the swings?”

“It took at least two flight attendants to subdue the 6-foot-4-inch passenger as he struggled to
ignite his shoe.”

“This isn’t Disneyland! What are you gaping at? Why don’t you go home and let us get back to
our lives?”

“My mom is down there, whatever is left of her, and I don’t want to see some commercial
skyscraper built on top of her.”

“In times of crisis, we must all decide again and again whom we love.”

“We may never know why he turned his back on our country and our values.”

“I still can’t sleep. I see those planes in my dreams, crashing into the towers over and over
again.”

“Officials estimate that as of Friday, 3,187 people had died, or were missing and presumed dead,
not including 19 hijackers.”

“What’s the difference between detainees and prisoners?”

“City officials estimate that as of Wednesday, 2,992 people had died, or were missing and
presumed dead.”

“This place has to be sanctified.”

“These dogs are depressed.”

“She was one of the few hundred actually identified and confirmed dead; and although they only
found her foot, she was buried in a casket.”

“This is the slaughter of the spy journalist, the Jew Daniel Pearl.”

“What is coming to America will not, by the will of God, be less than what has come.”

“With us or against us.”

“There is no weakness in reexamining policies that lead to terrorism—we’d be fools not to.”

“Not for one moment have I thought or felt the way my words are now being interpreted in the
press.”

“I used the designation ‘work of art’ to mean the work of destruction personified in Lucifer. Of
course it was a criminal act because the innocent who had been killed had not been given a
choice. . . . But what happened SPIRITUALLY, this jump out of security, out of the self-evident,
out of the everyday life—this sometimes happens in art . . . or it is worthless.”

“All we can do is tell the stories and show the tape.”

“I pray every day to Michael, but not to Lucifer—that is, I do not allow myself to do that—but
he is very present, like in New York at the moment.”

“Any news from the outside?”

“In retrospect, I should have mentioned the national sins without mentioning the organizations
and persons by name.”

“The elevators are gone.”