Sadek Mohammed (Iraqi poet, translator and scholar) is the editor-in-chief of Iraq Literary Review and a professor of Modern Poetry and Literary Criticism at the University of al-Mustansiriya in Baghdad. 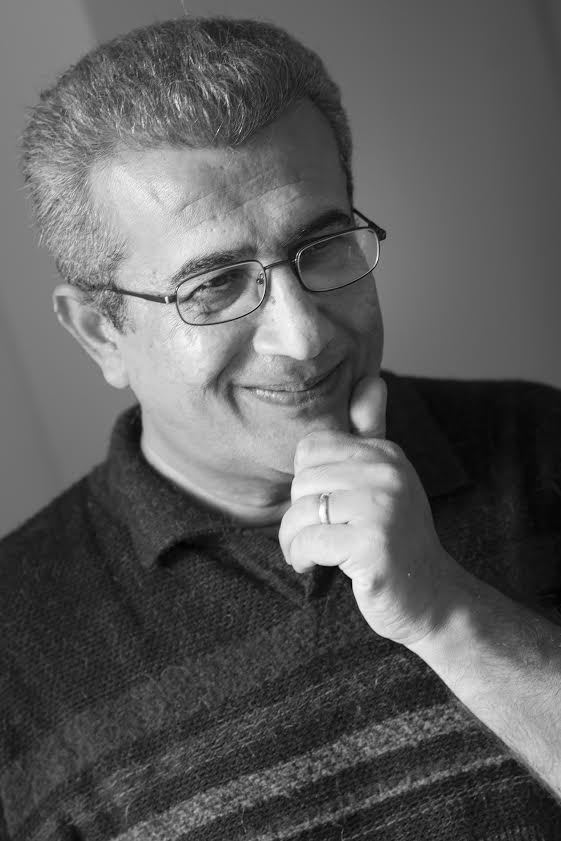 Grappling with Blind Owls or on Reading Difficult Books

Who could be so lucky? Who comes to a lake for water and sees the reflection of the Moon.
Rumi

It was mere chance that drove me, a seven-grader studying in a public school in 1977, to my school library to come across The Blind Owl, a novel by Sadegh Hedayet, the Iranian modernist writer and one of the major novelists in twentieth-century Persian literature. Sadegh is the Persian way of writing my personal name, Sadek, and this must have been what drove me to select that book. It was my first difficult book that left me depressed for two weeks because of its bleak and complex vision. Its nightmarish, highly symbolic nature devastated me in my salad days and left me bewildered and, certainly, fascinated forever. Later on, The Blind Owl became a personal metaphor for every difficult book that I come across. The blindness of the title became synonymous with my personal loss of sight and, indeed, insight into the meaning of any difficult text that I encounter. Forty years later, with all the experience I accumulated throughout the years as a writer and university professor, I came across the Letters of Abu L-Ala of Ma’arrat al-Nu’man, the blind Arab poet, philosopher and scholar, whose Epistle of Forgiveness was a precursor to Dante’s Divine Comedy. This was my recent difficult book. The letters were written in Arabic, my mother tongue, still I found them very difficult to fathom due to the verbosity of their writer and the artificial and, indeed, sometimes, pedantic nature of their language and rhyme. Books can be difficult for various reasons then. They can be difficult because of their techniques or complex vision. They can also be difficult because of their language or the style of writing. And sometimes they can be difficult because their writers intended them to be so because they aim at targeting superficiality and triviality. They can also be engulfed with mystery and mystique which may be attributed to the very nature of the creative process that brought them into existence. Who was the dark lady in the Shakespearean sonnets? Why the Arabian Nights were narrated over one thousand and one nights? Who is really Beckett’s Godot? Who was the friend to whom Sergei Yesenin addressed the poem he wrote with his blood before he, supposedly, committed suicide? And the questions go on without any final answer. Texts can, further, be difficult because they are meant to increase the difficulty and length of perception since the process of perception is an aesthetic end in itself. The reader is intentionally meant to confront the text on a different level, elevating and transforming it from something ordinary or practical into that which is considered to be art. Furthermore, Roland Barthes informed us of two types of texts the lisible and the scriptable, or readerly and writerly texts. A readerly text is “closed and single- meaning”. It is normally presented in a “familiar, linear, traditional manner, adhering to the status quo in style and content”. Meaning in a readerly text is “fixed and pre-determined so that the reader is a site merely to receive information.” This type of text adheres to the dominant modes of representations and signifying practices; thus, it closes itself to any possibility of multiple meaning. It, further, propagates the canon of the literary establishment. The writerly text, on the other hand, calls for rewriting by readers who will find a plethora of new meanings. This type of text destabilizes the reader expectations and puts him/her in a position of power to construct meanings. Thus the stable, single meaning of a text is replaced by a multiplicity of meanings. In this sense, not only writing is seen as a creative act, but reading also becomes a creative act that requires all the reader’s imagination and all his/her reading skills and experiences.

Undoubtedly, reading, as we are informed by modern criticism, is a very complex cognitive process. A quick glance at the rhetorical triangle of writer, text and reader gives the impression that a writer is an encoder, the text is his/her code which s/he conveys to the reader who functions as its decoder. Yet, this assumption implies the formalist idea that a text is a self-contained entity, but it is more complicated than that. In reality, a text comes into existence only when it is activated by the mind of the reader. Hence, interpretation becomes not an art of construing, but an art of constructing. Readers do not decode texts, they make them. A reader is not a recipient of readymade meanings, but an active agent who imparts real existence to the text and completes its meaning through interpretation. A text comes into existence only when it is read. We have taken a very long journey then. In that long journey, the reader’s focus in his/her sustainable attempts to find meanings shifted from a writer’s biography, psychology, history, socio-cultural context, to the text as an autonomous entity that should be seen as the only place where the meaning resides, to, finally, the reader as a creative agent and a major contributor in the production of meanings. This age is, certainly, the age of the reader. Therefore, if the reader is not efficient and well equipped in the art of reading, there will always be difficult, incomprehensible books. There will always be books that will unveil the reader’s weakness and inability to do his/her part in completing the creative process. “Books are like mirrors”, says J. K. Rowling, “if a fool looks in, you cannot expect a genius to look out.” Books can read and sometimes they can easily uncover the incompetence of their readers. The fundamental thing, then, is that readers must not be outpaced by writers. Writers are always asked to read, search, research, get acquainted, reread and permanently develop new techniques and new styles of writing. The same must be demanded from readers too in their respective field of activity. Otherwise, there will always be blind owls that cannot find their ways even if they move in the light or darkness of books.