Ambrose Musiyiwa is a multimedia journalist, a freelance writer, and a poet. He co-edited Welcome to Leicester (Dahlia Publishing, 2016), a poetry anthology that explores the story of Leicester through the eyes of people who know the city well. His poems have been featured in anthologies that include Over Land, Over Sea: Poems for those seeking refuge (Five Leaves Publications, 2015), Welcome to Leicester (Dahlia Publishing, 2016) and Do Something (Factor Fiction, 2016). The first piece below is from Diary of an Asylum Seeker (a work in progress). The second is a short story from Writing Free (Weaver Press, Harare, 2011). 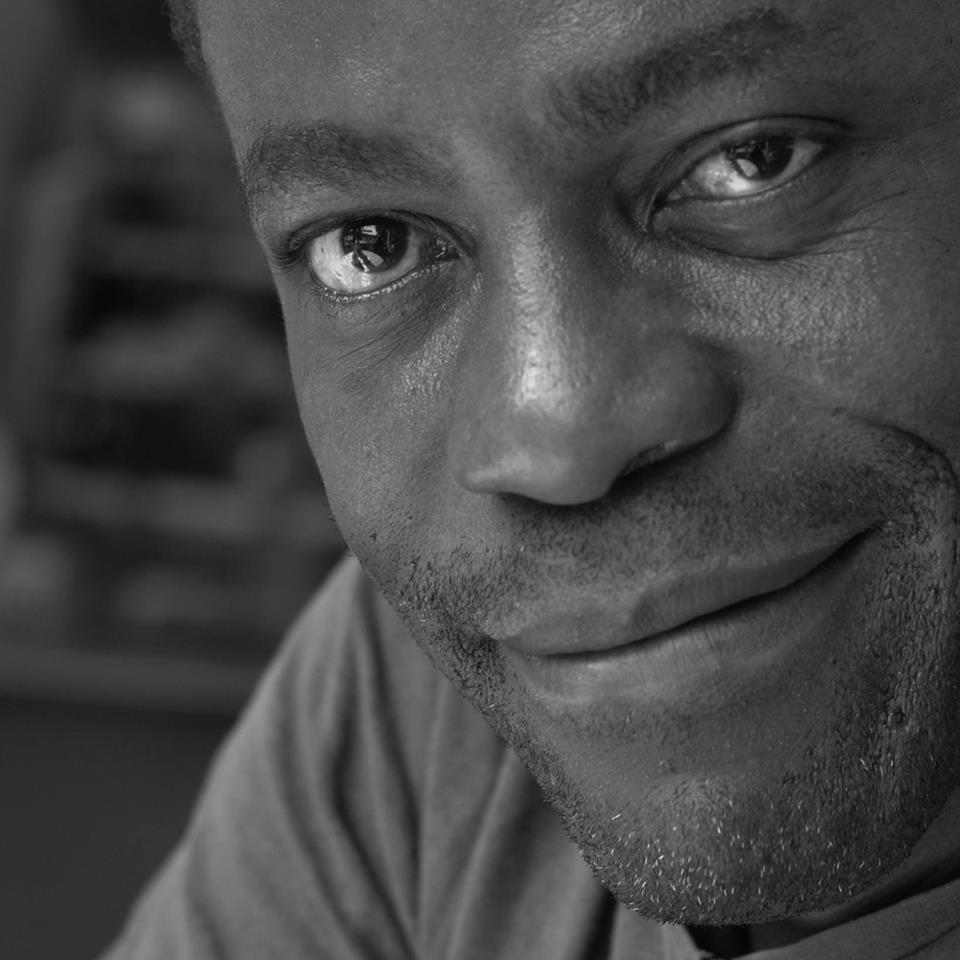 Diary of an Asylum Seeker

Last night I moved into a derelict house in an estate about half an hour’s walk from the city centre. All the windows are boarded up except for the bedrooms upstairs. The house has no electricity, no heating and no running water.

I didn’t sleep. I had to keep pacing up and down to keep warm. This afternoon some sun filtered through the bedroom window. I wrapped myself up in a blanket and got a few hours’ sleep.

This morning I washed my face in a sink at the public toilets, where I also get my drinking water. I found a plastic three-litre container in one of the bins in my street. It said “Robinsons Orange Fruit Squash” on the label. I cleaned it out so I could store drinking water in it.

For the first few days after I moved into this house I went through the bins looking for something to eat. There’s a large corner-shop a few meters away and now the Asian man who owns it lets me have a loaf of bread every evening.

This afternoon I dreamt that immigration officers came for me. I climbed out of the first-floor window onto the roof to get away from them. They called the fire brigade to get me down. I took a hundred painkillers and injected myself with pesticides before they could get at me.

For the past week, I’ve been sleeping under bridges and in phone booths. Anywhere dry. One of those nights I slept in an abandoned building.

I left the house a week ago. I had to get away; I can’t sleep in the same place twice. I’d been living out of a suitcase. The suitcase was getting heavy. Today I decided to abandon it. There’s nothing in it that I cannot live without.

The slogan on the minibus said, Zvichanaka chete.

But things did not get better, at least not for this minibus. Now it was parked outside the house. Permanently. The tires had gone flat. The windscreen had a crack. It was as if some hand had dug a knife into the top right-hand corner and had tried to rip the windscreen all the way down to the bottom left-hand corner. Most of the other windows were broken and various other parts of the minibus went missing everyday. They would be here today and they would be gone tomorrow.

But the slogan remained, Zvichanaka chete.

Danny was at the steering wheel. He was driving. He had four passengers, five if you included Agnes, the conductor. He was plying the City-Chitugwiza route. He had picked this set of passengers at Makoni Shopping Centre and he was driving them to the city. He hoped they would be able to fill the rest of the empty seats as they got closer to Harare but even as he hoped for it, he doubted that this would happen. There had been a time when one could get by and survive as an owner-driver but that time seemed to have died many years ago.

There were school uniforms, exercise books, pens, pencils and rulers that needed to be bought. His mother had not paid school fees this term and even though he went to school everyday, he knew he would not do much learning.

Each school day started with roll call. After roll call, those who had not paid part or all of their school fees or who did not have a letter from the headmaster saying they could stay in class even though they had not paid the fees, were asked to leave and come back when they had the fees.

Some days he was lucky. Some days the teacher forgot to ask those who had not paid their fees to leave the class and Danny got to find out where the class was but because he had missed so many lessons, most of the things the teacher was saying did not make sense to him. He could not find out from the others who were sitting next to him because, if he tried to, the teacher would notice him and would punish him for making noise in class. Or, which was even worse, the teacher would remember that he had not paid his fees and would call him to the front of the class, give him a rap on the knuckles with the blackboard duster for trying to cheat the teacher and send him out of the class.

He would leave. And he would come back the next day.

He had stopped reminding his mother about the school fees because the last time he did she beat him up so badly he thought he was going to die. She had punched him and when he fell, she had kicked him and she had kept on kicking him until he passed out and she had left him on the floor and had gone out.

She was gone for many days.

When he woke up, he was in pain. Every part of his body ached. He could not walk. He could not talk. He did not go to school for a week because he could not walk. It took a lot of time to crawl to the toilet when he wanted to relieve himself. Some days he was tempted to relieve himself there in the room he shared with his mother because movement brought with it a lot of pain. But the thought of what his mother would do to him if she returned and found he had messed the floor, stopped him.

He stopped talking to her about money. When there was no food in the house, he would not talk to her about that either.

He still went to school everyday and most days he got sent back. But some days he was lucky. The teacher forgot to ask those who had not paid their fees to leave the class and Danny got to find out where the others were with their lessons.

He started spending more time in the minibus. He would sit at the steering wheel and just drive. He wanted to go as far away as possible and never come back.

At first, he was the only there.

Other children soon joined him. When they started coming, they always found him at the steering wheel. That was when he started plying the City-Chitungwiza route.

The other children had tried to get him to allow them to take turns at the steering wheel. They hadn’t succeeded.

“And you, Danny, what do you want to be when you grow up?”

The teacher did that sometimes.

Danny had not really thought about growing up or about what he wanted to do when he was grown up. It was too far away. It was in the future. But he had to answer the teacher’s question, so he offered, “A combi driver.”

The teacher did that sometimes.

He talked to himself when you thought he was talking to you. It was one of the things Danny liked about him.

The teacher must have seen the amusement written on Danny’s face because he went on, “Minibuses or vans that are used to ferry commuters from one place to another are called danfo in places like Nigeria. In Kenya, they call them mathatu. Here, we call them, macombi, plural, combi, singular… Not very original. It’s like saying Colgate when you want to say toothpaste… or Coke when you want to say soft drink… or Jik when you want to say bleach.”

The teacher moved on to the next group.

Danny liked the sound of that.

He was a danfo driver. He had to raise money for school fees and food.